THATCamp Pedagogy, sponsored by DHI at the University of Melbourne on the 10th October, harboured many fruitful discussions addressing pedagogical issues arising from digital engagement.

Consistent with the tradition of THATCamp, the day’s schedule was workshoped by participants over breakfast, with considerable interest in the Bootcamp sessions run by Steve Bennett (Mapping workshop) and Fiona Tweedie (Natural Language Processing), of Melbourne Uni’s own Research Bazaar. The final schedule listing all workshops can be accessed here. 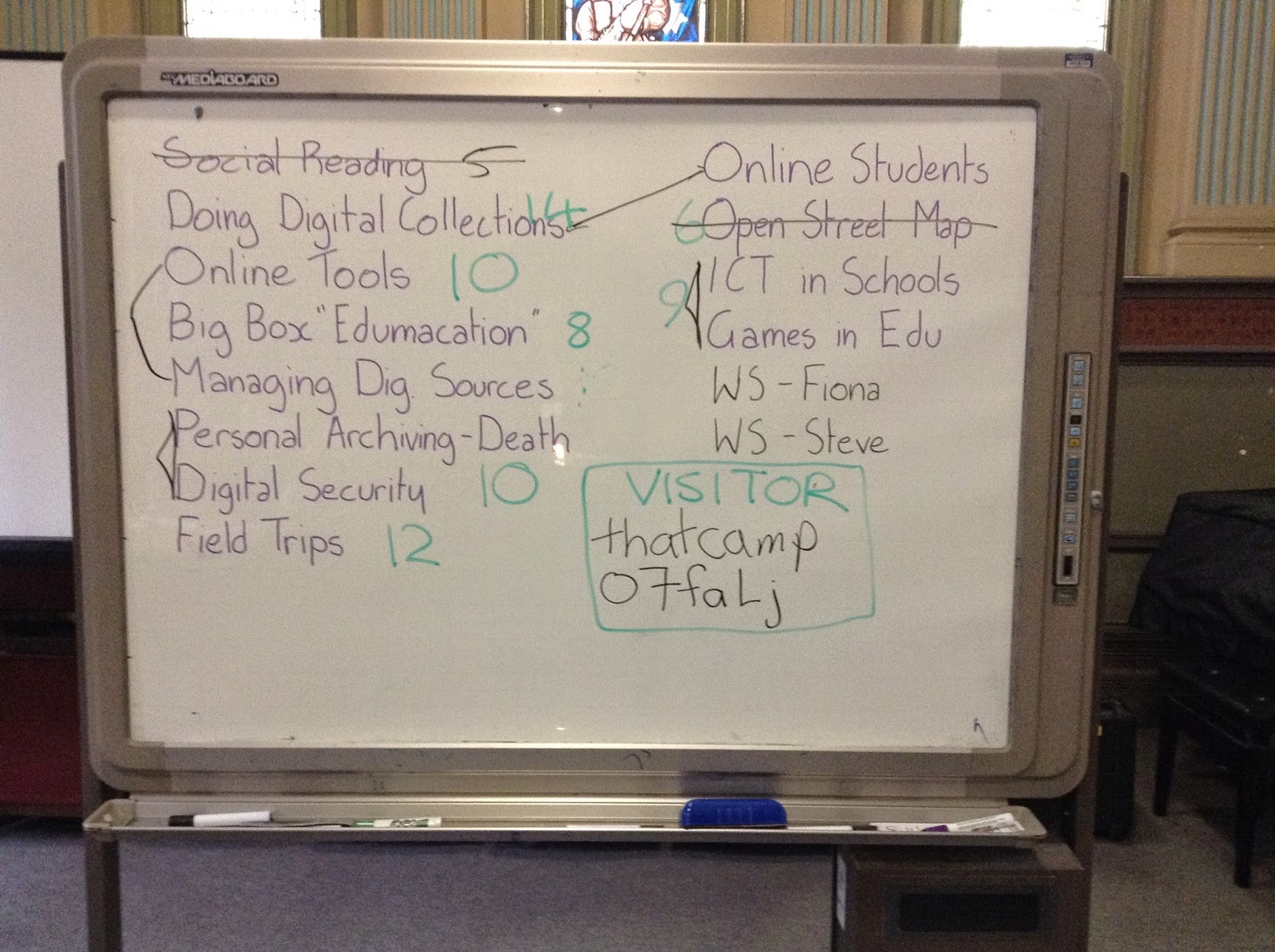 The early afternoon session on Big Box Edumacation, led by Leigh Blackall, discussed some of the key problems with centralised systems for administering and teaching coursework (LMS, MOOC, etc). For instance, many of the free tools available on the web are more amenable to the individual requirements of different courses, enabling tutors to engage students using programs with which they are already literate. This of course dovetails with the issue of investment in centralised systems, and their lack of interoperability with other systems and tools.
The mid-afternoon session on Personal Digital Archives and Security. This discussion was based upon research being undertaken in Computing and Information Systems and the History and Philosophy of Science at the University of Melbourne, and discussed what happens to the digital files created when a person dies, including facebook accounts, photos and emails. For instance, there are currently 300,000 facebook profiles for deceased peoples, of which only 30,0000 have been memorialized. Also, what happens to research stored on the cloud or on university servers if the researcher dies?  There is, in general, a lack of understanding about the rights individuals have over the digital files they buy or produce that has implications in the context of death.


THATCamp is an open, inexpensive meeting of people, of all skill levels,  who share an interest in digital technologies and how they reshape humanities practice. It is a relaxed event, with participants setting the agenda, to organize your own THATCamp visit http://thatcamp.org/
Thanks to all the participants who attended THATCamp Pedagogy, Melbourne 2014, and also to my co-conveners Craig Bellamy and Fiona Tweedie, the Digital Humanities Incubator for sponsoring the event, 1888 Catering and the Melbourne School of Graduate Research for providing us with spectacular facilities.
Posted by Digital Humanities Incubator at 11:51 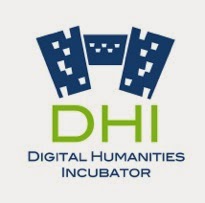